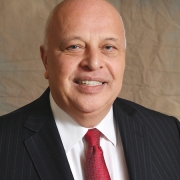 Allen Salmasi is a pioneer in the wireless industry with over 40 years of experience building leading edge companies. Mr. Salmasi is the Chief Executive Officer of Veea Inc. (“Veea”), a provider of full stack edge computing and communications platform products and solutions, founded in 2014. He is also Chairman and Chief Executive Officer of NLabs Inc. and a member of the Board of Directors of several public and private companies.

Prior to founding Veea, Mr. Salmasi was the Chairman, Chief Executive Officer and President of NextWave Wireless Inc., which he founded in 1995 and was acquired by AT&T in 2013. At NextWave, Mr. Salmasi and his team developed and largely implemented the first Mobile Virtual Network Operator (“MVNO”) service on a nationwide basis in the US in partnership with MCI Corp. NextWave also pioneered several major products and technologies, ranging from mixed-signal integrated analog/digital chipsets, multimedia technologies for smartphones, and packet-switched broadband wireless network equipment, which were acquired by major semiconductor companies, system integrators and media companies in separate transactions.

Prior to NextWave, he served as the President of Wireless Division, Chief Strategy Officer and a member of the Board of Directors at Qualcomm (NASDAQ: QCOM) from 1988 to 1995, where he initiated and led the development of the cellular products and business for Code Division Multiple Access (“CDMA”) technology. He established two joint ventures with Sony Corporation for manufacturing of the first CDMA handsets and Nortel Networks for manufacturing of CMDA infrastructure, while leading the technology licensing arrangements with many prominent early licensees of Qualcomm. Mr. Salmasi also initiated the Globalstar low-earth-orbit mobile satellite communications project.

Prior to Qualcomm, Mr. Salmasi was the Chief Executive Officer and President of Omninet Corporation from 1983 to 1988, where he initiated and led the development of OmniTRACS, which became the world’s first and largest commercial terrestrial mobile satellite communications service for two-way messaging and position reporting services that embodied the first large scale commercial application of CDMA in 1985. Mr. Salmasi began his career at NASA JPL in 1979 until he formed Omninet. He holds two bachelor’s degrees with honors in Electrical Engineering and Business Management and Economics from Purdue University and two master’s degrees in Electrical Engineering and Applied Mathematics from Purdue University and the University of Southern California, respectively. While working at Omninet, he completed his doctoral coursework at University of Southern California towards a Ph.D. degree in Electrical Engineering (with his dissertation defense pending).

Innovation with a heart and one that’s pro-agent, pro-brokerage